Hayati the New Arab Dating App is now online, it’s promise to Arab Lovers is to help them find their Soulmate ( Hayati in Arabic, i.e “My Life” )

Thinking out loud: It begins

About four years ago, Omar Chatah  actual COO of El Barid Group and restless innovator was skiing with a friend in Faraya one of the famous snow resorts in Lebanon, as he realized one thing. The girl of his dreams could be right there, but he had no way of finding out. The lady who had everything he was looking for in a woman, could be sitting next to him on the ski lift, and he would not be able to tell just from looks.

The idea of the Hayati App started growing in his mind. An App in which you would select the criteria you are looking for in a person, be matched with your fit and have time to find out more if you wanted to.

At the time, the young entrepreneur was working in California in a Data Mining company. Two years ago he moved back to Lebanon to be close to his family and decided to venture with Hayati. He set out to create the App that would cross frontiers but would appeal to people looking for serious partners: those convinced that some common grounds are also a must to build a strong basis for solid & healthy future relationships.

After extensive research on current options available and the best way to tackle Digital dating in view of finding the right person, Omar started the adventure and he set-up his Tech Development & Marketing Team. 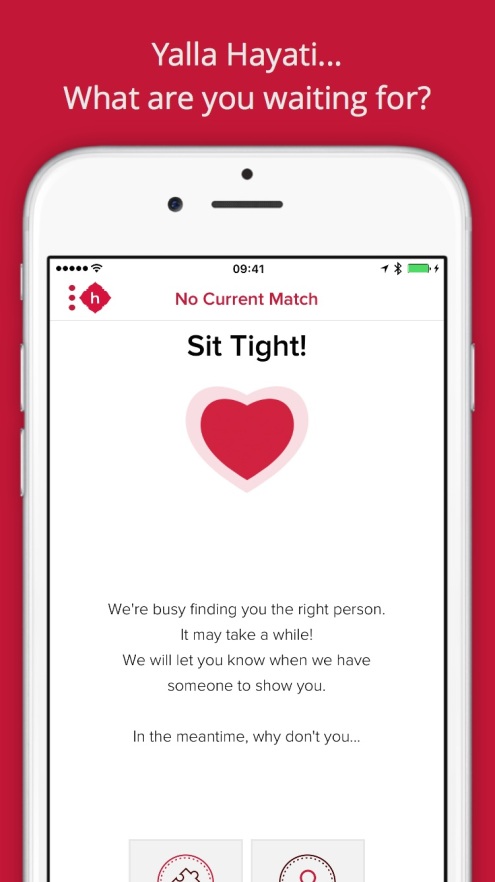 Dynamic & always on the move, Omar worked in parallel on the restructuring of a company specialized in Mobile Banking & payments solutions, which enabled him to self-fund the development of the Hayati. It was only natural for him to pursue such a path after his passion for the Digital World also lead him to assume the position of International Accelerator Manager at the UK Lebanon Tech Hub.

As a result, Hayati successfully launched early September 2016 and already before its official launch had gathered more than 2,000 people looking for their Hayati (loved one) across the United States, Europe and the Middle East.

The Hayati Model: Pick what matters

The Hayati model is based on the Relationship Scenario quite common in the Arab World where societies are still traditional to a certain extent and parental consent is more than often strongly encouraged:

(i) You meet a person that you like but your parents disagree (ii) Your parents like a person but you find him/her boring or uninteresting OR (iii) you try to choose someone You and your parents can agree on.

For those looking for relationships built on a balance between romance and pragmatic social acceptation; Hayati wants to offer a quick & fun potential solution to increase chances of finding a solid starting-point, key to future harmonious couple & family relationships.

The Dating App aims to mirror reality of dating in Arab culture. When you’re in a public place or at a dinner party and you flash on someone, you will try to walk to that person and hope to talk to them, take some time to get to know them before deciding if you want to go further.

You will also preferably be talking to that person only and not engage conversation with several crushes at the same time. Hayati replicates this reality digitally.

As opposed to other apps, which offer a plethora of choice with only information on looks and location, Hayati will select one match for you based on carefully chosen criteria.

Test it Yourself:  Quick-Start Guide

Once you sign up, you start by describing your profile: education level, languages spoken, religious beliefs, political views, age or even body type. The fields are optional and you can choose to reveal as much as you seem appropriate. On the other hand, you select what matters to you in a partner. Whether you want someone who is willing to relocate, someone who is divorced or has children if you want to give a heads up on your situation, and if a partner being conservative or liberal is important for you. You are then matched with the person most closely fitting your ideal profile.

Once a match is found you can look through their profile and decide to like or not. You have a few hours to click and then the app will look for a new match. In case of mutual like, it becomes a “match”: the two are connected exclusively during five days and can start chatting anytime during this period. After that time lapse, if the two find affinity, they are free to pursue the conversation elsewhere. The app provides time to meet the match or move on, instead of worrying about whether your match is talking to someone else in parallel.