Often praised for its resilience and  lively energy, Beirut has been the stage for a unique mix of cultures and religions. But in the beautiful chaos generated by such diversity, lays the distinctive identity of the Lebanese capital. Carlo Massoud is a renown Lebanese Interior & Product Designer who finds inspiration in such a context:

“It is the constant change and evolution of the city that inspires me to seek an ever provoking line of products” he explains. The Shadows and Lights of Beirut are at the core of his challenging products which are essentially reflections of personal stories and experiences.

Recently, Carlo’s original approach and his exploration journey took him to the Brussels Design Festival where he was invited as a guest last September. The Annual event spans through the month of September and is dedicated to Design. The 2016 edition of the happening featured Carlo‘s talk about his latest creations alongside famous designers such as Gaetano Pesce, Eugenie Quitlet and Maten Claesson.

Carlo’s talk  also presented the city of Beirut and its complexity  to a curious audience previously unfamiliar with the capital’s contemporary story.

Focusing on handmade and small productions, Carlo shared his work with the attendees who were enchanted by the background tales of such a city lost in translation.

Change often starts with Education; as the core of some of our strongest inherited beliefs lie in the education we received. One man who acknowledges this fact and works actively towards achieving individual  & social change is Dr. Omar Baz Radwan, Poet and Professor at several renown universities in Beirut.

Omar recently received his PhD in Comparative Literature at the Dublin City University where he also earned his MA degree in Sexuality Studies. His stay in Dublin allowed him to collaborate with numerous scholars, activists and cultural organizations who advocate human rights, sexual freedom and intercultural communication through Art. With a thesis that focused on Performance Poetry/ Activism and Identity Construction in post-9/11 Arab-American ethnic studies, it is easy to understand why Omar chose to incorporate sexuality in his courses’ program.

The professor aims at developing knowledge regarding the diversity of sexual cultures, identities and the gender role formation in Lebanon. By including LGBT studies through Literature, in a country where the subject still sparks controversy, he hopes to provide the Lebanese youth with the adequate tools to engage in socio-political and ethical debates and equip them with the right knowledge to increase their competence in encounters with issues related to sexuality. With the use of a thorough and diversified bibliography including: Borderlands/La Frontera: The New Mestiza by G.E. Anzldua, Pop Out: Queer Warhol by Doyle, Munoz, J.E. and Flatley and What’s Queer about Queer Studies Now? by Halberstam, Munoz, J.E. and Eng. Dr. Radwan strives to create a community where initiative and creativity are fostered and where students share experiences and cross-disciplinary approaches  in order to build a more harmonious society.

Students, from different social, economical, religious and sexual backgrounds are actually well-read and opening-up to the subject. The topic serves as a platform for a healthy debate over issues of freedom of expression and sexual orientation in Lebanon. And it is on that latter point especially that the educator stresses: “The process of reform and debate could bring  our country closer towards social change and awareness”. 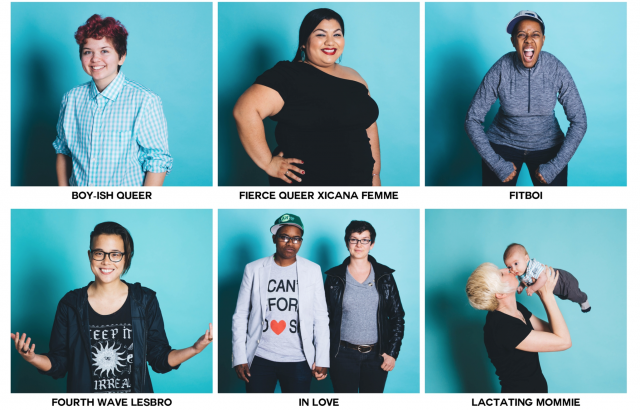