Having worked in the region for years, HE Martin Huth is very happy to return to Lebanon as the Ambassador of Germany. Since working at the Embassy from 2002 to 2006 (being the Deputy head of Mission from 2005-2006), he has experienced several beautiful experiences and keeps special memories from Beirut.  Born in 1964, HE Huth grew up between Iran and Egypt. He first studied law at the University of Konstanz before joining the Federal Foreign Service in 1991, where he had assignments in Sanaa, Tehran, Geneva and Beirut.  Expert in the Middle East, he was also a legal adviser in New York as part of the German mission to the U.N during the country’s most recent tenure on the U.N. Security Council (2011-12).

Open to diverse cultures, HE Huth is a dynamic traveler and an active advocate for his country. As a citizen of the world, HE Huth constantly enjoys new & rich encounters thanks to his perfect command of multiple languages: German, English, French, Arabic and Farsi. 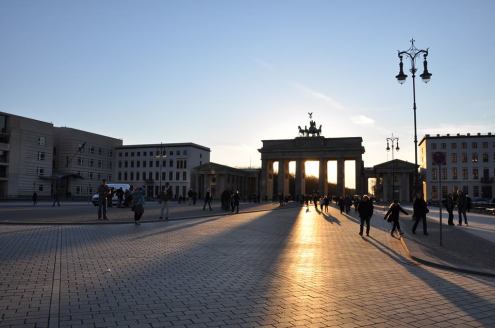 Being  both a passionate and scientific collector of ancient coins, he has published various books and articles on the subject. On the other hand, HE Huth is also big fan of outdoor sports, such as running & hiking which allow him to get closer daily to the Lebanese people’s joie de vivre and resilience. 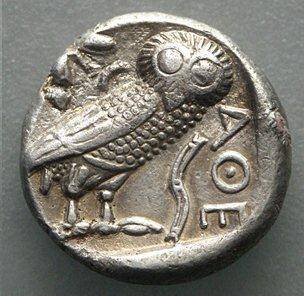 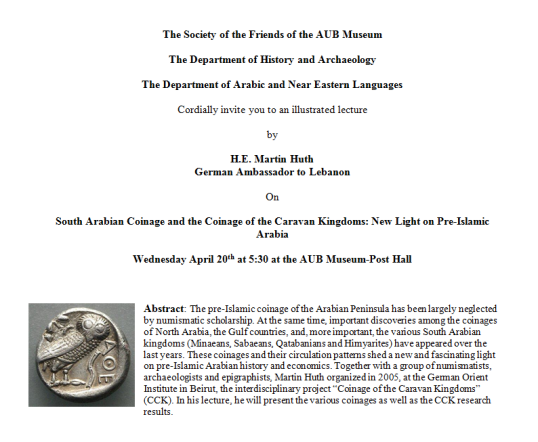 KAMSYN was warmly welcome at the German Embassy in Rabieh, Mount-Lebanon, by HE Martin Huth for an Exclusive talk about the Ancestral friendship between both countries, the Impact of the situation in the Syria on Lebanon, the Refugees challenge and the reconstruction of Syria. It was also a beautiful occasion to discover the Key projects on which Germany stands with Lebanon today as well as the promising sectors of the Lebanese and German economies in the near future.

Why is Lebanon an important country for Germany?

There is a traditional friendship between Lebanon and Germany as well as great sympathy for the Lebanese and the region. Lebanon is at the center of a lot of changes happening around it such as the Arab-Israeli conflict and more recently the war in Syria.  Therefore it is important it keeps its stability and democracy.

Germany is also a home for a Lebanese community that has grown over the past 30 years. About 120,000 Lebanese have made Germany their residence and there’s a lot of exchange between both countries. So those are major recent factors.

On the other hand, since the Middle Ages and the Emperor Fredric Barbarossa the Germans have been connected to the region. History recalls that the Emperor drowned in the area that is now Turkey and his heart was allegedly buried in the Cathedral in Sour. Of course German researchers visited Lebanon interested in many fields such as Archeology, the Holy Land and Economics. At the end of the 19th century the German Emperor who was an ally of the Ottoman Empire also discovered Lebanon, Baalbeck. At that time Germany was involved in the railroad project covering the region. Today, we place great hope in Lebanon and stand together, especially after its rebirth as a Phoenix following the Civil War. 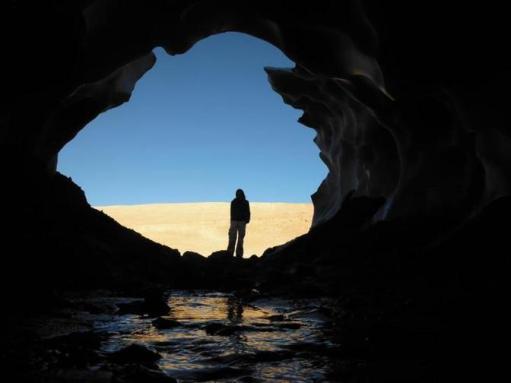 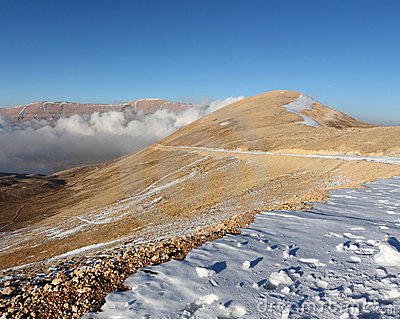 What are the common traits shared by our two countries?

Lebanon has a diverse and vibrant society with a strong economic spirit. There’s a lot of creativity, and a longing for modernity and partaking in the globalized world of the 21st century. Both share a strong Entrepreneurial Spirit. Just as much as Germans increasingly see themselves as World Citizens especially after the reunification, Lebanese have, in their own way, been world citizens as part of their tradition since the Phoenicians, the founding of Carthage..

Also, both our people are conscious of their traditions and are deeply attached to their respective regions of origin. Of course we both share a love of soccer, we can see that during the World Cup, and we also have a fascination for beautiful cars. 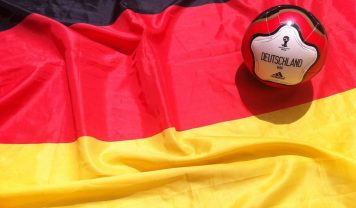 What are the key projects on which Germany stands alongside Lebanon today ?

At first there’s Regional Security, Lebanon’s situation is quiet complicated at this time due to the refugees coming from Syria. Our priority is to avoid an overspill of the situation in Syria that might threaten Lebanon. That’s why we took part in the Geneva talks as it’s clear there will not be a military solution.

It’s also clear to us at some point when the situation is stabilized that the refugees should return to their country and contribute to its reconstruction.

We also have an interest in seeing Lebanon as a positive platform for rebuilding Syria in the future. Lebanon is ideally suited for this, Lebanese entrepreneurs are already working on investing in this topic at this time to be ready & prepared when the time is right. 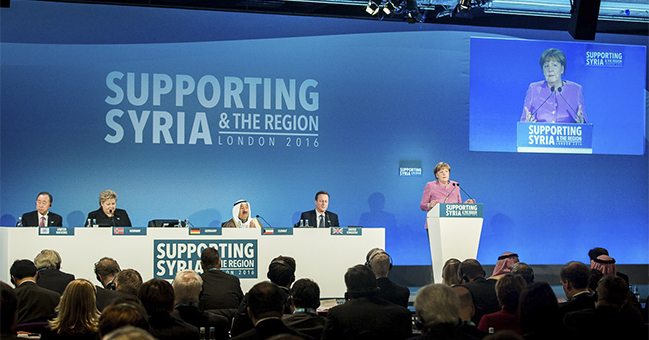 In regard to our support to Lebanese host communities, we are offering to help Lebanon accommodate refugees. We doubled our pledge in London this year and it now stands at 350 million euros. Last year we spent around 160 million euros.

It is important also that vulnerable parts of the Lebanese community also benefit from this assistance. We have conducted a shift recently beyond providing simply humanitarian assistance as refugees ended up staying longer than expected.

Schooling is one of our primary initiatives, we are also partnering with the Lebanese Ministry of Education in that program to enable children to go to school: building schools, developing curriculum, training teachers and also helping Lebanese children go to schools.

In the military field we have a cooperation with the Lebanese Navy, we also train border guards and provide them with some equipment.

We have a contingent of soldiers in the UNIFIL in Naqoura taking part in the naval component to check on observe the Lebanese waters, this is being undertaken by a German ship based in Cyprus that comes regularly to take part in those missions.

The Energy & Water sectors in Lebanon have a lot of potential, we are working on improving them through the refurbishing of two power plants in Jiyyeh and Zouk Mikhaël. We hope those two plants will go online as soon as possible.

A sector that needs to be developed in Lebanese Economy is Oil & Gas, where the process stalls a little bit. I would encourage Lebanon and the relevant authorities to put more emphasis in this field as this is part of the future of Lebanon. In general we work on developing the business and trade relations and increase cooperation between universities in both countries.

We have around 800 million euros yearly trade volume with Lebanon which for a country like Germany might not seem very big, however if we take into consideration Lebanon’s population is of approx 5 million, the number becomes quiet important. Numerous German companies are represented in Lebanon, last week for example I attended the opening of the A. Lange & Söhne famous watches boutique. 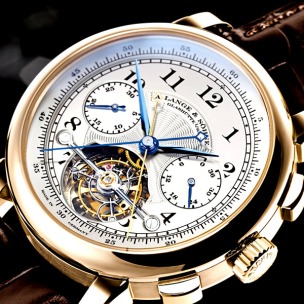 Hugo Boss has recently opened a new & big store, Porsche & Mercedes Benz are also symbols of automotive excellence, Leica in Photography plus many many more…

What are the promising sectors of the German economy today and in the near future ?

Like Lebanon, Germany is considered poor in natural resources so we have to rely on our own ingenuity and creativity. We’ve always been good in fields where we would enjoy benefits resulting from scientific innovations: mechanical engineering & chemical industry, intelligent transport & communication solutions, software development and sustainable energy sources : Solar power, Wind Energy .. This is the age of innovation  & competition of course in all these fields and Lebanon has a lot to benefit from investing in the Sustainable energy sector. 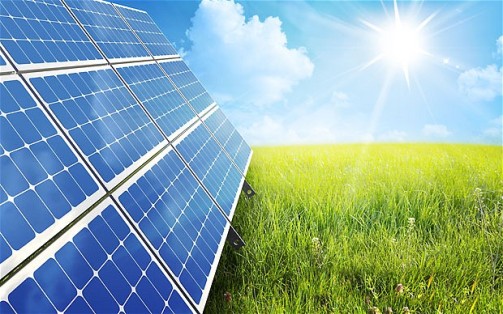 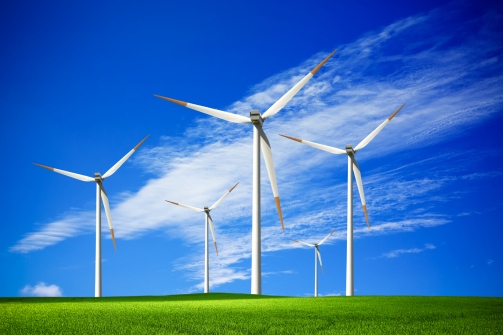 Germany has been a major support for the Syrian refugees as well as most welcoming country. In which ways is this subject important to Germany and to the German people today ?

Germany like Lebanon didn’t choose the situation. However we found it necessary to address the matter and find the best way to deal with this topic as the challenge is there. So it’s not enough to complain, and action is needed. The Chancellor Angela Merkel took the decision to welcome in the migrants who were coming to us and were already on our borders.

We have welcomed several hundred thousands of refugees from various areas all over the world over the last year (Africa, Syria, Afghanistan, Irak) and now we face the challenge of integrating them into our country. The success of this process is essential for the migrants as it is for the Germans who need to accept them, and who want to realize the social and economic benefits resulting from migration to their country. It’s the biggest social experiment we have been witnessing for long since the reunification process.

We also try to ease the burden on Syria and other states in the region through our assistance ( London conference: 2.3 Billion EUR for host countries).

Excellency, what are the aspects that most appeal to you in Lebanon and in the Lebanese ?

The feeling of being welcome: the Lebanese legendary hospitality as well as the interest Lebanese have in Ambassadors which is remarkable. It’s a testimony to their openness and deep & genuine interest in the world.

In parallel to your busy schedule what are your hobbies ? What makes you feel recharged and ready to go ?

Outdoor Sports in general such as Biking, running, swimming and exploring the country. I enjoy particularly running on the seaside in Corniche-Raouche where I can feel the true cosmopolite & diversity spirit of Lebanon. Family is also where I find strength, I try to be as present as possible.

What would be your best memory so far ?

Standing on the Top of Qornet Sawda, and exploring the caves of Niha. Hiking in the Cedar forest and climbing Jebel Moussa.

What is your message to the young Lebanese ?

Don’t give up your hope in yourself and in your country. Challenge your leaders through the democratic process and demand accountability. Strengthen Lebanese identity and citizenship. Lebanon is your country, demand a functioning state with functioning institutions in the service of all Lebanese citizens. And in the words of our Chancellor: “You can do it!”