In the heart of the lovely typical Lebanese village of Bsous (on the road from Jamhour to Aley), is located the Silk Museum that was once one of the most charming Silk factories of Lebanon.

Bsous is nested in a traditional green Mediterranean setting at 550 m above sea-level overlooking the Sea, just 14 km away from Beirut. Recently, it’s been witnessing a new wave of development & interest with expats and Lebanese citizens choosing it as beautiful alternative to build their family houses and villas just 8 min drive-away from the main Damascus Highway and the famous Collège Notre-Dame de Jamhour.

Today, the Silk Museum (over 100 years old) is owned by the lovely Asseily couple (George & Alexandra).  While walking around the area in the early 70’s they discovered it, immediately fell in love with the premises and bought the remains of the Silk Factory from the Fayad family.

The place has witnessed a lot of destruction during the Lebanese Civil War and the Syrian occupation of it. Yet, the roof and the floor have been the same since it was built in 1901. The Asseily’s never gave up on the idea of reviving it and in 2001, they did.

They decided to share their love for the place and the silk culture with the public by turning it into a Museum, exhibiting different examples from Asia to the Western World.

Their main goal is to share with todays’ youth the History of the Silk culture that was once very prosperous in Lebanon.

KAMSYN was invited to visit this sublime museum to discover the silk-making process and the captivating history behind it.

The process is not easy and seeing how hard it is to raise a silkworm and the skills needed to extract the silk from its cocoon, we quickly realized silk culture  is no easy craft. The Lebanese mastered it perfectly and became successful traders mainly with France (Lyon) and England, whereas in War World II, the British soldiers used to make their parachutes from the silk manufactured here.

Since the silkworms would only survive from May till October, workers at that time who came from many areas of Lebanon would wait for these months to work and save money for the rest of the year; as it became their only source of income.

The silk industry had much to offer when it came to culture, economy and history. As a start, it created a revolution for Women in Lebanon, as it was the first job for them outside the house during the Golden Age. It also boosted the economy, whereas silk constituted 50% of the GDP of the country, and since all the families in Lebanon were cultivating the silk worm during that period, it was given the name “Season of Glory”. Even customized stamps were made for Silk to show the vital role it played.

“The Silk Culture progressively died, the competition was fierce, technological breakthroughs such as the invention of Nylon was moving too fast. It was no longer profitable” says Mrs. Mona Issa when asked about the withering away of the silk industry in Lebanon.  “Still, we witness very few old people that continue to raise the silkworm as they consider it as a blessing”

Changes that happened to the silk culture were shocking to the local population, due to all the wars, the competition from Japan, China and the diseases that accompanied the silkworm during the last period. There was no longer hope for it as a profitable Industry in Lebanon.

Still, the Silk Museum aims to celebrate the Silk Culture and the Lebanese “savoir-faire”.  It reminds us of one of the oldest and finest crafts in Lebanon. This industry  went up and down; but then again it made history.

Every year the museum opens from Spring to Autumn, to ensure the weather is suitable for the silkworms to survive and for the visitors to enjoy the terrace and the lovely gardens. The museum organizes a yearly exhibition to encourage the visitors to get to know the industry that brought prosperity to Lebanese economy in the golden days. 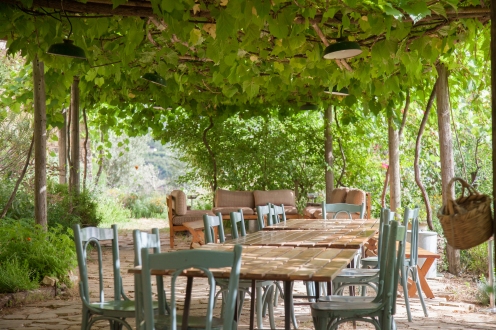 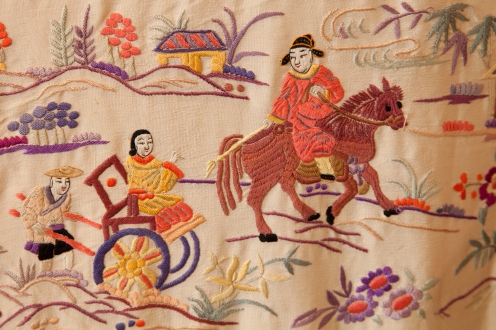 This year’s exhibition is a journey down the silk road, where Mrs. Asseily decided to share with her enthusiastic visitors a piece of her heart (and her wardrobe). The exhibition includes some of her dresses that she designed and wore for different occasions between 1950s and 1980s. These gorgeous dresses have amazing stories; such as the dress she wore when she was received by Her Majesty The Queen Elizabeth. Or also the Dior dress designed for Mrs Asseily’s  own wedding.

Each dress from the splendid collection represents a country:  Japan, India, Italy and many more.

The Silk Museum opens daily till November 6, from 10am till 6pm.