Philippe Aractingi, famous French-Lebanese filmmaker & director of “Bosta”, “Under the Bombs” and “Héritages” organized a private projection of his latest movie ‘Listen/Ismaii’ at Grand Cinemas ABC Achrafieh on January 21st 2017. ‘Listen/Ismaii’  was fully shot in Lebanon and is already on it’s road to success.

The movie unfolds gracefully through the captivating world of sound, along with the love story of two young Lebanese characters that everything should oppose. Rana: extroverted and free-spirited she comes from a wealthy family yet still struggles to be accepted and exist for her own (interpreted by Ruba Zarour) and Joud (Hadi Bou Ayash)  a contemplative yet vibrant modern day poet, of more modest origins, who has a consuming passion for sounds which he gathers and designs for a living.

Both meet on the intersecting borders of today’s Lebanese society where their uniqueness can freely express itself. And like two butterflies dancing through the shadows of our world, they seek the light, risking to drift further away, because of the capricious nature of destiny, as they move closer to each other.

“I always loved working on the sound editing of my films. Sound is one of the most advanced senses we possess as humans, also it’s an essential medium to convey emotions in films. Eventually it’s what persists and keeps echoing back in the spectators spirit. For me, a film is often a sound journey, especially this one.”

Indeed, ‘Listen/Ismaii’ starts with the sounds of Beirut, the Lebanese capital where noise and music unite in a mystical symphony. Then progressively it sets sail towards silent shores, a dimension from which Joud will try to get Rana back like the mythical Pan and Orpheus using their flute.

“Noise is part of Lebanon’s identity, or rather of its loss of identity” said the Director. Is it one of the reasons of the incommunicability we sometimes face as Lebanese people ? “After a bomb or right before, we can hear a deafening silence. ‘Under the bombs’ actually comes from a moment like this. The first day of the Israeli war on Lebanon in 2006, I had brought my children to safety into the mountains but on my way back I was struck by Beirut’s total silence. It was incredible. This absence symbolized by the disappearing of the sounds we were used to led me to imagine this film, as a white page of silence.” 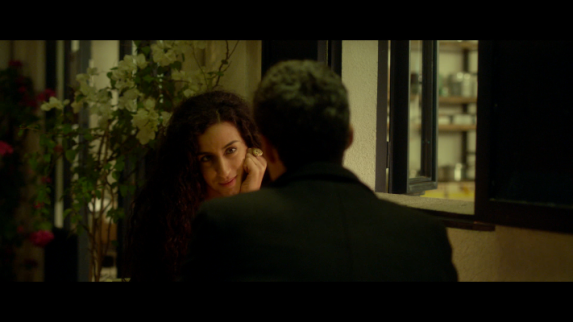 ‘Listen/Ismaii’ describes with accuracy the daily life of privileged and educated youth in Beirut, which encouraged Philippe Aractingi to interview and meet a lot of young people in order to understand better their universe. It makes the characters much more accessible to the audience that can easily identify with them; far from stereotypes and clichés.

The film reflects the life most young people lead in Beirut as they live and work, meet and love, despite a continuous tense situation hanging on a thread. Lebanon and Beirut have changed a lot over the past ten years, it’s only natural for ‘Listen/Ismaii’ to indicate this evolution.“This is a universal story, it could’ve happened anywhere, that’s why it might not be what the Western world expects from me. Through this film we address the issues relevant to Lebanon today yet without going too deep into them”.

Surprisingly enough, and in a refreshing approach, ‘Listen/Ismaii’ includes two sex scenes, which are maybe a first for a Lebanese film shown across cinemas in the country. Subtly shot, the scenes are an homage to eroticism and successfully avoid the trap of vulgarity.  Also, the scenes accompany a sensuality which is present throughout the entire movie. “What could shock people is the fact that it’s between non-married people, but it’s time that we talk about it. It’s time to say that a lot of young Lebanese people have sex before marriage”.

Moreover, it’s about women, not about stereotyped oriental women as seen by men, but about everyday women that you could meet easily in Beirut. Feminity is approached through Joud’s eyes, as he’s searching for his place in today’s world. “I wanted to show the image of a an active woman, full of sensuality, as it’s been rooted in our culture for thousands of years, specially in literature. Here, we talk about “ighra”, seduction and eroticism born form the act of teasing. This waiting tension evolves throughout the whole film, as we are longing for Rana to come back. This builds a progressive tension that we could qualify as an erotic charge.” 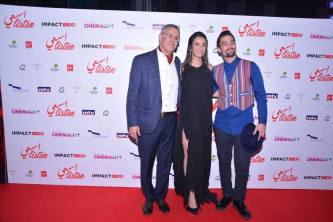